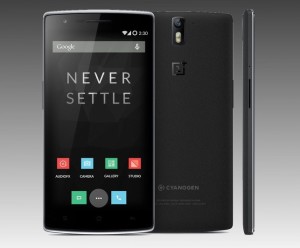 Have you heard the one about the bent iPhone? Of course you have—assuming you don’t live under a rock. Many smart phone companies have vied for the title of “iPhone killer” and OnePlus is another company attempting to do just that—and it all started with a tiny budget and a social media campaign.

What makes this company different is that this Chinese company launched a guerilla marketing campaign that convinced people to smash their iPhones for a chance to own a OnePlus One Phone. Yes, you heard us correctly. Entitled, “the OnePlus Smash the Past” Contest, people made and submitted videos depicting various ways of smashing their iPhones. Some smashed with a hammer, others used welding tools, while others used heavy machinery. Winners were then invited to own their new OnePlus One Phone—which at the time, happened to be the only way to obtain it!

Seeing is believing, so check out one of the videos it for yourself: https://www.youtube.com/watch?v=L3tVJeEWkbQ

So, did the campaign work? The short answer is “yes”. The campaign has resulted in 3.6M people lining up — virtually — to buy its latest phone, the OnePlus Two. To put that in perspective, that is more people than Apple sold phones to in the launch year of the iPhone, although people had waited in line to buy one of those things all over the world.

Competing against a giant like Apple is something that most small companies say is impossible but OnePlus would certainly disagree. Using social media and an extremely limited marketing budget, this new company has become an extremely viable competitor to Apple.

Your company could be the next OnePlus…get your social media campaigns in order and start thinking about how you can stand out against the bug guys!