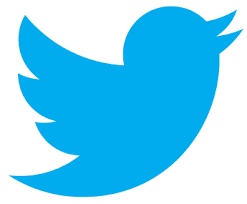 It appears that Twitter may be ready to lift their decade old 140 character restriction in the very near future. CEO and co-founder Jack Dorsey telegraphed Twitter’s intentions in a tweet last week after the technology news site Re/Code reported the company is exploring increasing its limits on text from 140 characters to as many as 10,000.

Imposing some restraint “inspires creativity and brevity. And a sense of speed. We will never lose that feeling,” Dorsey pledged. At the same time, Dorsey said Twitter isn’t “going to be shy about building more utility and power into Twitter for people. As long as it’s consistent with what people want to do, we’re going to explore it.”

Many of us are big fans of the brevity and conciseness that 140 character allows but as marketers we can certainly see the advantage it will give to advertisers. However, there is a beauty in making everyone, including giant companies and one man nonprofits, play by this restricted set of rules.

140 characters set Twitter apart from its’ social media relatives. If this restriction goes by the wayside, will Twitter’s relevance go with it? Time will tell but for now we will continue to relish our 140 characters and take great care in choosing the precise wording that helps us get our message out!

So, while they decide whether or not to make this change, continue to keep in mind these key elements of what makes a good tweet:

nextYes, a Super Bowl Ad is Worth 5 Million Dollars…Really!